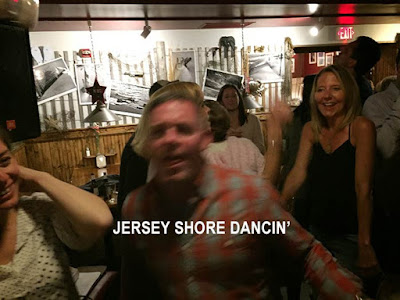 I saw a band at the Jersey Shore on a recent holiday weekend at a bar that was described to me as "where the locals hangout." I don't remember their name, but I remember that below their name on their banner it said, "Rock and Roll with Fiber." They were okay. I didn't refuse to sign the email list their drummer handed me, but I did give him my Yahoo address. Their guitar player was very good, but unfortunately for him, our friend Jen turned out to be a much better air guitar player. She received a lot of attention from men with backwards, upside-down visors on their heads during her solo. I was happy for her, though I had to wonder what they guitar player, who was standing only a couple feet away from her, thought about all the attention she was getting.