Did You See That? 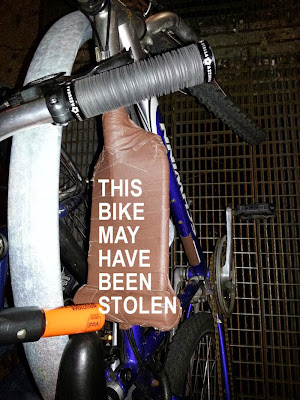 When I moved to New York City I landed at JFK, took the subway to Grand Central, and then walked four blocks south to my friend's place carrying my suitcase and a laundry bag full of folded clothes. On that walk from the train station to my friend's I passed a guy surrounded by cops and medics lying on a stretcher in a pool of blood. One of the cops said he'd been stabbed. I didn't think twice about it. It's New York. People get stabbed. Of course, I now know that people do not get stabbed in Midtown on a Monday afternoon. But I was so ready to accept anything that everything seemed normal. Boring even, something to be brushed off. I was recalling that short walk a while back and thought, "I'd be shocked if I saw that today." Since then I've walked past potholes in the street belching black smoke, two inches of neon sludge in a gutter, and I saw half a block evacuated due to the smell of natural gas. None of those struck me as odd either, and now that I'm reflecting on it, maybe I should be more appalled by the things happening around me. The next time I see something crazy, a man hitting golf balls in the middle of the street or a person on the subway trying to move a king size mattress and box spring, for example, I'm going to try to react appropriately by yelling, taking photos, and asking why no one is doing anything. Then, at least I'll have covered both ends of the spectrum.