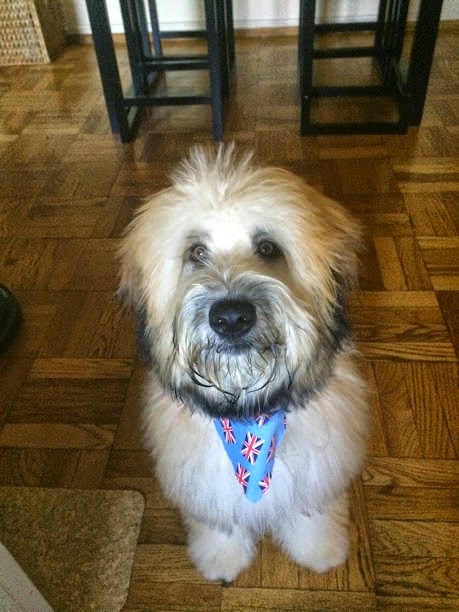 A lady with ketchup on her face yelled at me the other day, but instead of the normal nonsensical running dialog from her troubled brain, she said, "WHAT'S YOUR DOG'S NAME?" Determined not to ignore her, but also unsure of how to behave, I said, "Otis." She waved at him and smiled, and then Otis and I continued on our way to the pet store at an unhurried pace. At the store I bought him a huge bag of grain-free food, specially DHA-balanced for his brain development, and then I purchased the cheapest made-in-the-USA chew toy I could find ($10). On the walk home I thought, "I hope that lady doesn't ask how much I just spent on my dog because then she'd have good cause to kill both of us." I wouldn't even be able to blame her if she tried. I'm one of those people who feel guilty about all the people who are homeless or troubled -- they end up that way only because of some tiny difference between us. So, I try to help out when I can. I mean, they might be asking for spare change directly in front of the liquor store, but hey, I'm the one coming out of the liquor store.