Listen to the Grateful Dead? 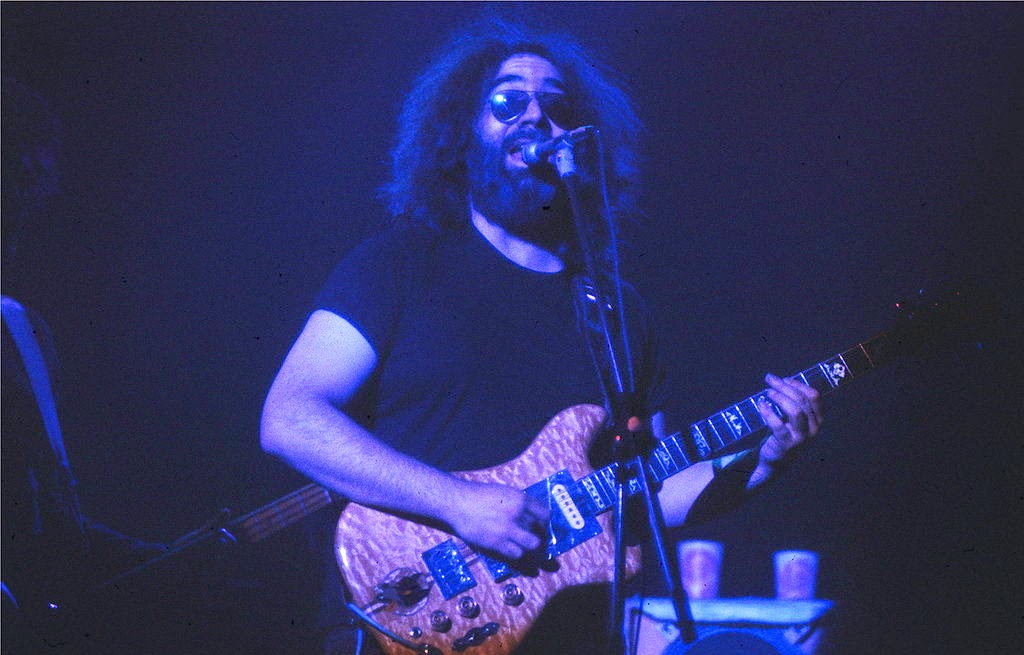 For reasons beyond my comprehension I've been obsessed with listening to the Grateful Dead for the past week. I hum it while walking through the office. I listen to live shows on huge headphones while walking my dog. I bought one of their albums even though I know I have the CD in my parents' attic, but I hadn't listened to it in over a decade so I don't have a copy on my computer. During high school I went through a brief and ill-advised Dead phase, which in hindsight was really more of a way of trying to fit in than it was to listen to music. So it came as a shock that I was enjoying their music. It's bluesy and rocks and Jerry Garcia's lyrics are funny and the guy can turn a phrase with the best of them. It reminds me of the day I heard a Madonna song and realized what so many other people have known for decade:, "This is a talented musician." I think our generation grew up with so much crap that was marketed in such clever ways that it took us a while to realize how much it sucked. So now we're distrustful of anything that's popular or has a following. But I should have known the Dead were good. They definitely didn't have anyone marketing for them.