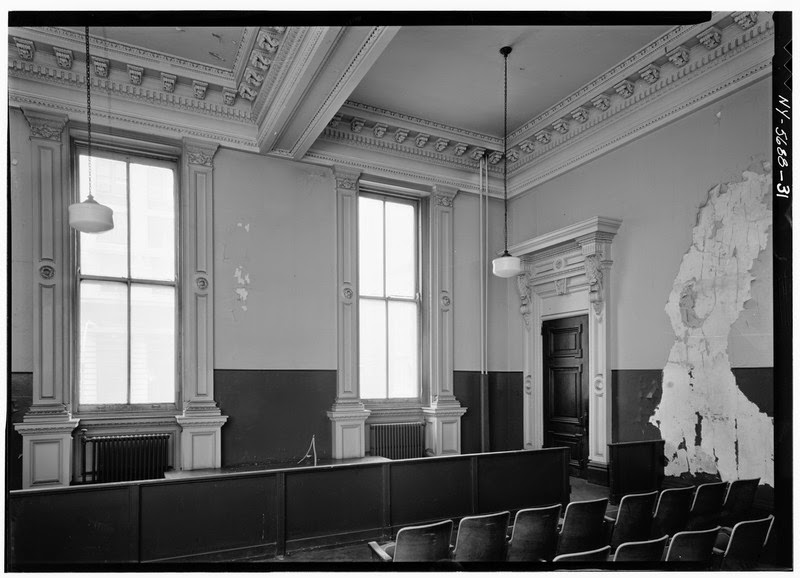 I had jury duty last year down on Center Street in Manhattan. Security protocol when you enter the courthouse is the same as entering an airport. Often they'll even pat you down, but if you think that's invasive, just wait for jury selection process. In my trial they asked potential jurors a series of questions that included: "Have you ever been on trial?" and "Have you ever been the victim of a violent crime?" I was the only one in the room who answered a straight "no" to both questions, though most peoples' "yes" answers fell apart under follow-ups. There was the lady who said she hadn't been on trial but only when she'd played a lawyer on Law & Order -- that was the only instant where everyone in the room gave one person their undivided attention. Among the violent crimes perpetrated on my fellow jurists were: attempted murder, attempted rape, robbery, assault, kidnapping (she was tied up while they robbed her apartment), stabbing, and one shooting. The follow-up question to each of their stories about being the victim of a violent crime was: Did they catch the perpetrator? Every single one said "no." It didn't give me a lot of faith in the system, but it did make me think, "Well, at least they caught this guy," but I don't think that's how it's supposed to work.