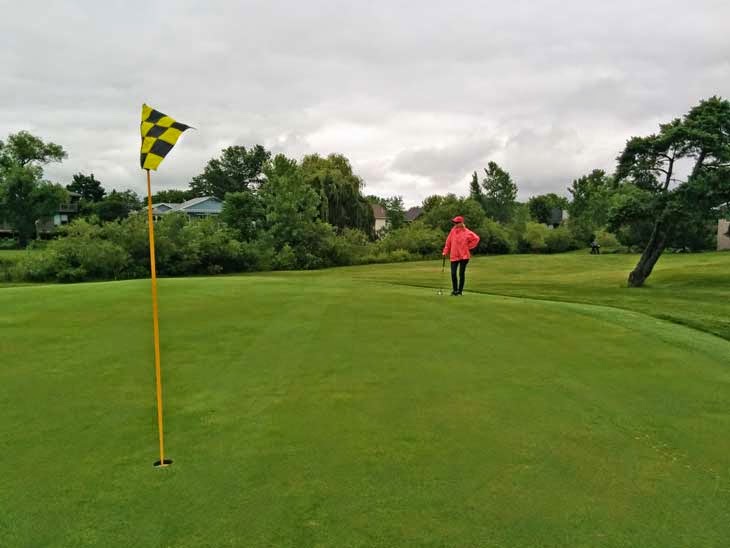 I golf about once a year. It used to be just to remind myself how much I dislike the sport, but then I found out that you could drink beer while you played and now I find that I rather enjoy driving around in golf carts and swinging borrowed golf clubs. The last time I played I hit a house. I’ve always been rather challenged when it comes to judging distances, and what looked to me like a few hundred yards turned out to be about 60. I hit a five iron and against long odds made solid physical contact with the ball, which flew over the road and hit a house without bouncing even once. As I don’t play golf, I’m not sure what golf etiquette dictates when you hit a house, so I chose to rely on my logic as a normal human. I pretended it didn’t happen, but told myself, “I’ll go knock on the door if I see anyone in there.” Then I saw someone walking around inside so I amended my plans, “I”ll go over there if they come outside.” I did my best to ignore the person pacing around behind the windows while sizing them up the best I could. They must have been doing the same to me. I would have folded in half in a second if they approached me, but sometimes being 6’2” 200lbs with a big beard gives people a different idea of how you’ll behave when confronted. What I’m trying to say is that the person in that house was stereotyping me. So I didn't talk to them. (And that’s how you rationalized hitting a house with a golfball and doing nothing about it.)