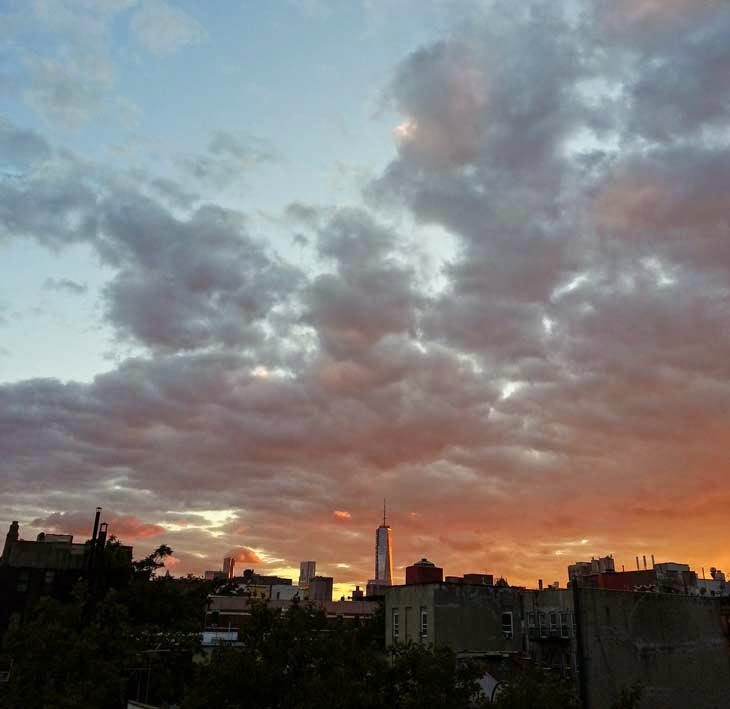 I rode from 14th street to 99th street in Manhattan yesterday, much further than my normal commute and along an avenue that I don't usually follow so far north. I pedaled along, winding past Citi Bikes and double-parked beer trucks and cabs. All the way, there was one guy on a bike trading the lead with me, swerving here and there, shouting "BIKE LANE" to people walking in the bike lane, and sticking his head into rolled-down car windows to scream at drivers who had the right of way. I kept hoping he'd say something to me. That he'd try to find a bit of camaraderie among thieves and look for a friendly screw-these-drivers-and-pedestrians attitude. The thing is, I'm a rational human, and for the most part, a rule follower, and I was managing to hang with him even though I wasn't running red lights or being a dick. So I started trying to come up with good comebacks just in case he said something to me. I thought I'd say something like "Glass houses," and then look away all stoic-like if he said, "There sure are a lot of bad drivers here!" Or I'd say, "About to be one less," if he said, "So many idiots in the bike lane." Calling these zingers is a stretch by anyone's standards, but I didn't think they guy would actually say anything to me. So at 91st st when he turned and said, "Whoa, you caught up with me!" I stood there behind my sunglasses looking past him, then shifting my weight to the other foot, not saying anything. I blanked. But in hindsight pretending that I hadn't been racing him uptown, and rather I had no idea what he could have been talking about ("Caught you...what...me? Were you going this way?") is an appropriate insult. Sometimes not making a decision isn't just the best decision, it's also a first-class insult.