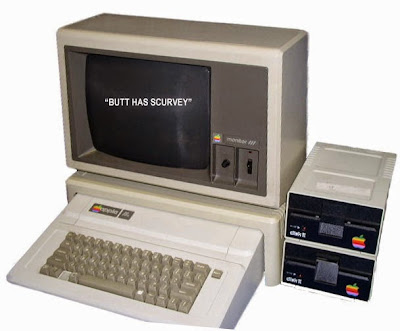 At my old job we all had our computers plugged into these bulky backup batteries that sat under our desks. The idea was that if our building lost power, which it frequently did, the backup batteries would continue to supply power to our desktop computers so we could save our progress before shutting down. It's a great theory, and maybe 10 years ago it was a good idea. One unexpected bonus to the backup batteries was that they terrified new employees. The backup batteries would emit a loud chirp as soon as power went out to alert the person that their power was down and it was time to save their work. If you lived by yourself in Vermont and heard the chirp coming from your den, it would not be terrifying. But in in an office with 80 backup batteries the effect was startling. The lights go out and before you have time to process what's happened there are alarms ringing in unison underneath every desk in the building. It was like a scene engineered by a Batman villain.