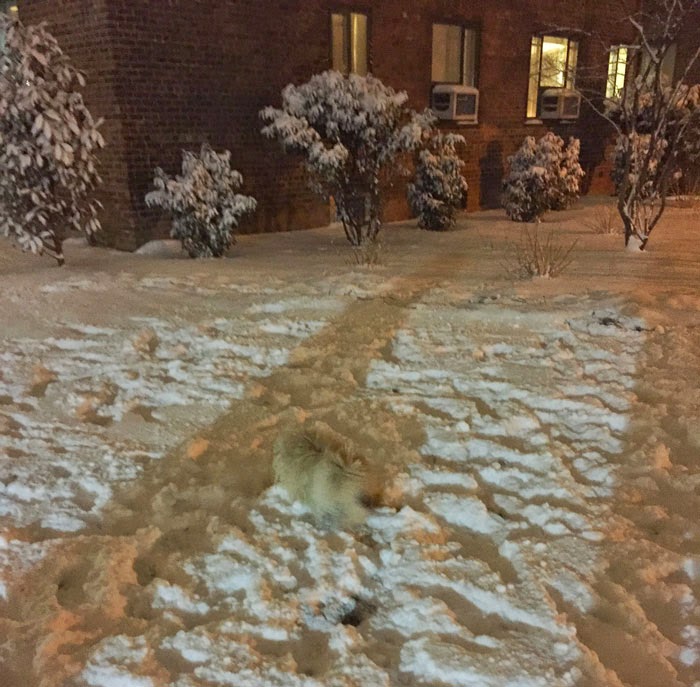 New York was meant to get this epic snowstorm that would bury the city under three feet of snow, but instead about six inches dusted in over 24 hours. Everyone blew the storm off when it fizzled out, but if you go back and think about the day before the storm, there was real concern. Lines at grocery stores were backed all the way up aisles. For reasons I'll never comprehend all of the milk and bread was sold out. All city streets were blocked to non-emergency vehicles, and the subways were even shutdown--they were worried it would even snow underground. The one thing not closed? Neighborhood bars. On the eve of a huge snowstorm, the neighborhood bar is packed, but it's the best place to be. Since no one drives or takes the train, the only people there are people who live within walking distance, so it turns into a warm neighborhood club that's part shared panic and part we-have-an-unplanned-day-off tomorrow.