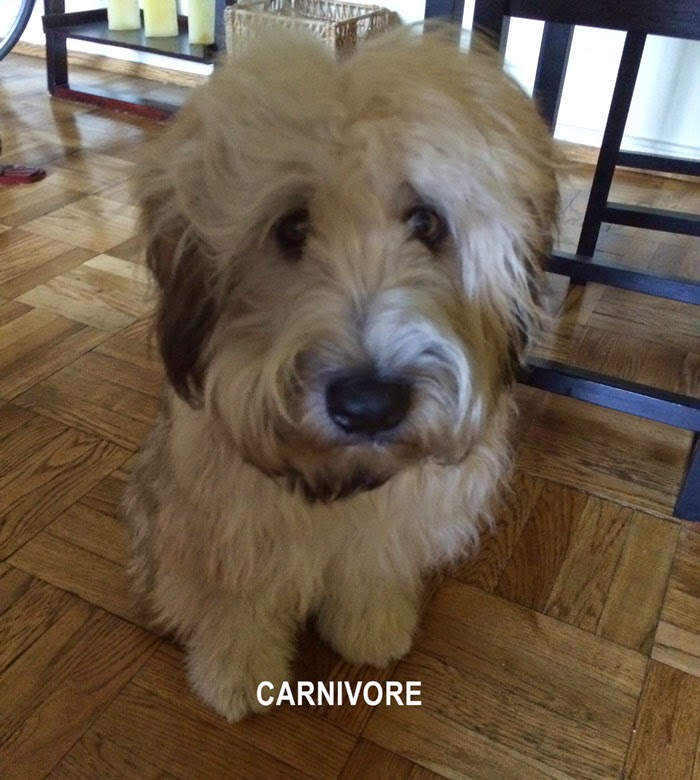 My 30-pound dog has a bread-loaf-shaped head with a mouth the size of an alligator's and the teeth to match. More than anything he loves to chew. It's his passion. And, for the most part, he's gotten good about limiting it to things that are acceptable to chew, but we made a mistake by clearing out the space under our bed where he slept when he was a puppy. It's where he hoards his chew toys, so anything we put under there he considers a chew toy. Last weekend we cleaned out our closets and dressers, putting the extra stuff into Ziploc bags that look like props from a movie starring giants, and slid them under the bed. Now, I'll wake up in the middle of the night and hear him moving around under there, plastic crunching at a regular pace. I'll whisper his name and he'll stop. Then we both sit in silence for a few minutes. Me hoping he's stopped for good. And him hoping I've fallen back asleep. After about 10 minutes, I'll hear an ever so faint, ever so slow, "crrrrrrrruuuuuuch" as he tests the waters to see if I'll notice. I stop him again. Then I begin creating a mental checklist of all the things stored under the bed, while determining how mad I'd be about each item being destroyed, but it's such an exhausting exercise that it always puts me back to sleep.