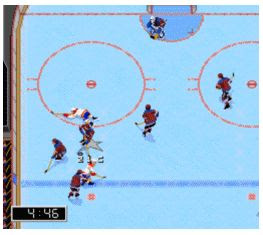 My friend Rob and I entertained the idea of being hockey announcers for a little while. He would have done play-by-play, while I was the obvious choice as color commentary since I don't know anything about the game. It came up because I heard on college radio that the women's hockey team was looking for radio announcers, and they were hosting an open call via sent-in tapes. Our tape would be of us calling a game that we were watching while people played NHL '97 on a Playstation. We practiced for a few hours, but never got around to finding a tape recorder. My life could be very different right now if we'd had a tape recorder on hand, we really had a great dynamic that I think the women's hockey world would have loved.