The Market for Meow Meow 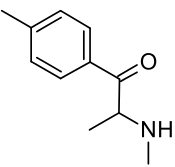 Have you heard of Meow Meow? It's the new Chinese-made chemical designer drug that's making people go insane. The story is that a guy in England smoked Meow Meow and then went Loreana Bobbit on himself before stabbing his mother. The incident came up at a backyard barbecue a couple weeks back (burgers on the grill, no brats) and one of my friends made a strong case that it was the person who acted crazy, not the drug. He said, "I will defend any drug." I thought about that when I read the story in the paper over the weekend about Colorado's growing pains surrounding marijuana legalization. The story cited a handful of incidents where people have  scarfed down a bunch of THC edibles and then done reprehensible things, including a man who shot his wife. So now a strange balance exists. Liberals blame guns for gun violence while conservatives say, "It's the person, not the gun." And conservatives blame drugs for drug violence and liberals say, "It's the person, not the drug." I suppose, in both cases, it's probably a mix. Too bad there's not a Constitutional amendment that protects marijuana. (The 420 Amendment.)