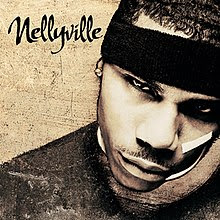 I'm glad that I first heard the hit Cee Lo Green song 'Forget' You at the same time as everyone else. It's an okay song. Kind of catchy, and it gets stuck in your head for a long time if it finds you in the right mood. Eventually it will wear us down, and we'll turn the corner from getting excited when we hear the first few notes on the radio to groaning and changing the station. Most songs that catapult to fame and don't have any follow up hits from the same artist experience a backlash where they fade as quickly as they rose. Too often I hear these songs later than everyone else, so when most people are getting sick of a song, I'm just beginning to like it. There's nothing that makes you more lame than hopping in a car and saying, "Hey guys, how about we listen to some Nellyville?" long after everyone's grown tired of Workin' It.