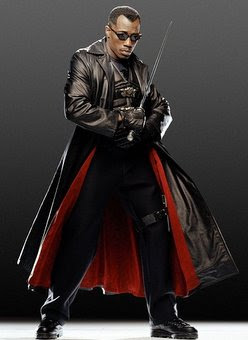 Being an American is pretty easy. All you have to do is pay taxes, vote, and serve on a jury once in awhile. The volunteer army makes things a lot easier for civilians. That said, taxes are a real nightmare. The system is so needlessly complex that even if you're honest and try really hard to do everything correctly, you know you messed up somewhere in the filing. Stacks of forms with alpha-numeric names and massive graphs in tiny font are enough to make you want to move to Canada. During tax season, I usually consider turning down work that won't pay much since I know how much of a headache filing is going to be. I heard Wesley Snipes lost his ass after claiming he didn't have to pay taxes based on some loose wording in the constitution, but I heard he also once paid his taxes by writing a bad check for $3 million. The point is, if you can figure out how to do your taxes with a few mistakes, you're still better off than Wesley Snipes.