Don't Do the Snuff 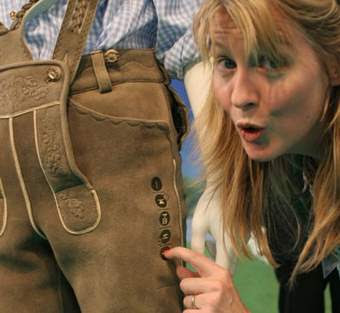 I used to go to a German bar that sold beer in liter mugs and had barmaids running around in lederhosen. Some of the barmaids sold shots, but the ones to watch out for carried little wooden trays with what looked like a clothespin attached to the top. They would load snuff onto little spring-loaded trays and shoot it up your nose. The first time I went to the bar I did a bunch of the snuff, and then I promised myself the next day that I wouldn't ever do it again. The problem is that those liters of German beer are like moonshine. I would wake up in the afternoon after a day at the German bar and think, "At least I didn't do the snuff." Then I would blow my nose with a piece of toilet paper and loads of black gunk would come out, and I would know that the lederhosen barmaids had gotten the better of me.